We are located in the Parker-Gray Historic District. The building was originally constructed in 1944 as a nursery school for African-American children during WWII, the building became the William Thomas American Legion Post #129, which continued to serve the local African-American community through the 20th century. 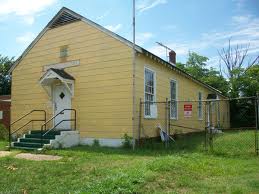